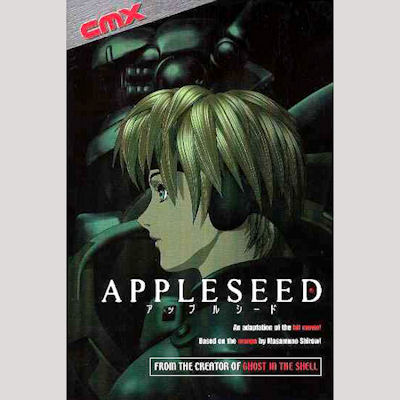 Written and illustrated by various CMX. A high-quality digital film grab adaptation of the newly released feature film Appleseed. At the end of the Third World War, a utopian city is founded from the ashes of conflict. A young female super soldier is recruited from the remains of the battered battlefield to serve as the city's guardian. What she discovers is not the promised land of peace, but rather a city on the brink of committing mass genocide upon its unsuspecting citizens! Will she uncover the sinister truth and stop the terror before it's too late?